The man with the golden-scooped beak – better known as Claptone – has lifted the lid on his hotly-tipped forthcoming debut album called ‘Charmer’.

With a string of break-out remixes and singles, the German producer has been building a lot of momentum and will release his debut album via Different Recordings on October 16.

The album also features ‘Dear Life’ and ‘The Music Got Me’ as well the early singles ‘No Eyes’ and ‘Ghost’, which have been huge hits for Berlin house label Exploited.

As well as announcing his album, Claptone has shared introductory track ‘Puppet Theatre’ ft. Peter, Bjorn and John, a collaboration which offers a glimpse of the depth to be found on the German’s debut.

The EDM Wars Are Really Hotting Up: Avicii Goes Toe-to-Toe With Deadmau5 via Noel Gallagher 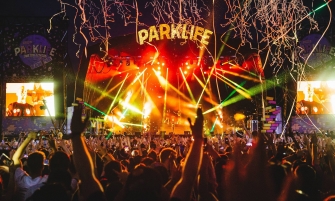