Parklife has just announced its 2018 line-up via a clever cartoon — and it’s looking insanely good.

Not only has the Manchester-based festival managed to bag a headline performance from Liam Gallagher, the festival has also locked in performances from Justice, NERD, Bonobo and Eric Prydz.

Elsewhere, the festival has secured the services of The Black Madonna, Bicep, Midland, Peggy Gou, Shanti Celeste, Honey Dijon and Nina Kraviz, too.

The festival will be taking place 9th – 10th June at Heaton Park in Manchester, with tickets going on general sale from 9am this Thursday. 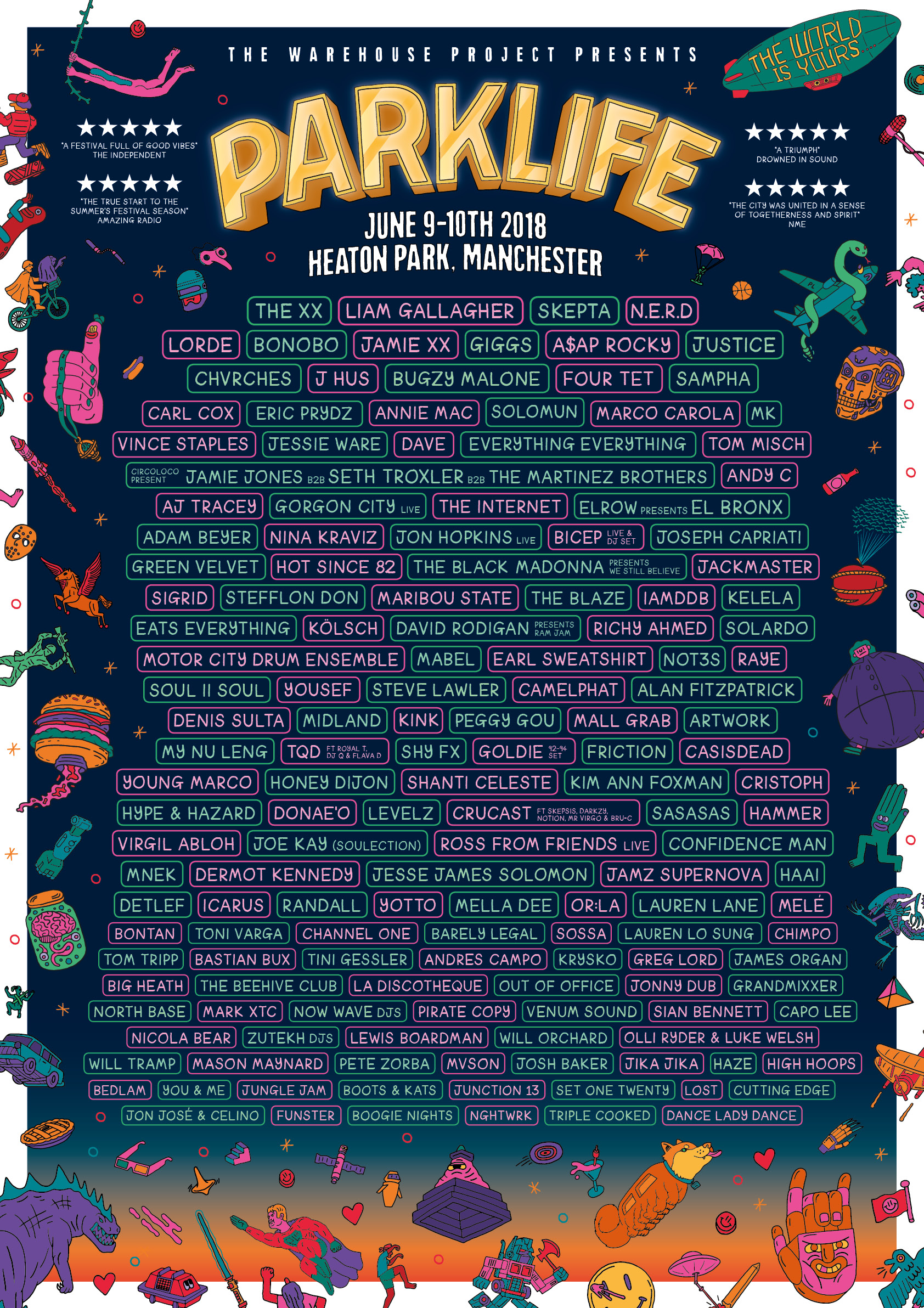 Kavinsky teases his return in 2018