Wes James, better known as Le Youth, shot on to the electronic music scene seemingly overnight after the release of his smooth-as-butter production ‘Cool’. He has since gone on to hone a sound that is uniquely modern and yet simultaneously rooted in ‘90s R&B. Favouring the use of vocal samples taken from classic pop icons like Cassie, Brandy and Mary J Blige, James has made his nostalgic style an in-demand craze around dance-floors everywhere.

We had a chance to catch up with the producer following his LA tour stop this past March to ask him about everything from traveling to his work with MNEK. When the high-energy night came to a close, the Los Angeles nightclub hosting Le Youth could not deny his stellar performance, “we were stoked to have Wes be part of the unique, extravagant experience that Ouija Entertainment and L’Affaire Musicale are bringing to the Los Angeles dance scene…LE YOUTH CRUSHED IT!”

Read the full interview below and be sure to catch Le Youth when he tours to a city near you.

HBF: You’ve got quite a busy next few weeks. Can you give us a snapshot of what your crazy travel schedule will look like over the next 72-hours?

James: I just played Washington DC last night. Currently on a flight to Vancouver for a show tonight, then Chicago tomorrow. Seattle the following day, then a few days off.

HBF: Do you enjoy the travel that comes with being a well-known producer/DJ? What’s the worst part?

Traveling is very exciting and I’m fortunate to have the opportunity to see the world, but it can take a lot out of me. Having to be constantly on the move, with late nights, jet-lag, unfamiliar places, weird hotels, and new people, can be exhausting. Sometimes it’s nice just to be home in my studio with my dog.

HBF: Are there some travel items that you swear by when on tour?

Definitely. I always pack noise canceling headphones, good ear plugs for the club, extra running shoes, and most importantly, sweatpants and Ambien for those long flights.

HBF There are a few journal entries on your Tumblr page, tour updates, feelings about traveling and such, do you write in a journal regularly?

Ha, way more than I should.

HBF: In one of the entries you say that London feels like a “second home,” what’s your attachment to the city?

I feel very welcomed musically in the UK. I’ve spent so much time now in London over the past year, I’ve really grown to love it there. Although the weather could be nicer.

HBF: In an older mixtape you did for i-DJ titled “Missed Calls” there are some snippets taken from some rather angry voicemails, did you ever call her back?

Yea, it didn’t work out. She was quite upset about it actually. Been trying to apologize. Sorry.

HBF: You tweeted out a couple of days ago, “nodody has more unreleased music than me.” Do you think you will release any of these tunes officially in the next year? Maybe on the album?

I’ll definitely be releasing a lot more music this year. I have a lot of new things for Le Youth that I’m excited about. Sometimes I get really anxious waiting for the right time.

HBF: Are there some tunes, maybe with personal meaning attached, that you feel you will never release?

All of my music holds a personal meaning to me, some more than others, but that’s never stopped me from releasing anything.

HBF: On your Facebook there is a picture with you and MNEK, how did the two of you connect?

I’ve been trying to get in the studio with him for months and finally our schedules worked out.

HBF: What’s it like working with him? Do you think he has influenced your style at all, or vice-versa?

I feel like we influenced one another and came up with our own unique sound that day. I have never seen someone write like he does, it was truly inspiring working with him.

HBF: When do you expect to release the work the two of you have made together?

HBF: What is the plan for Le Youth after you finish the last dates on this tour? Back in the studio, or some deserved time off?

There’s never really time off, but there is balance. I always take time to enjoy my life and the things around me. But my mind is constantly working.

is an audiophile and electronic music activist who calls both Los Angeles and San Diego home. She is the contributor to multiple music blogs. Find her on the dance floor when she is not writing about or listening to music. Feel free to contact Shea at shea.kopp@gmail.com 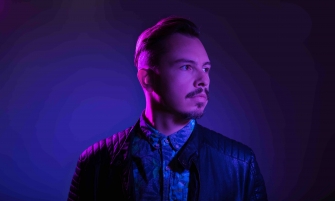 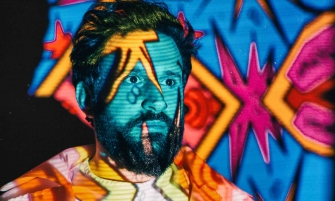